To share your memory on the wall of Jennifer Clark, sign in using one of the following options:

Provide comfort for the family of Jennifer Clark with a meaningful gesture of sympathy.

Print
Dr. Jennifer C. Clark, 58, of Simpsonville, South Carolina, departed this life on Thursday, August 22, 2019, at her home. She was a daughter of Ella Brown Castile and the late Willie H. Castile.

In August 1986, she received a Bachelor of... Read More
Dr. Jennifer C. Clark, 58, of Simpsonville, South Carolina, departed this life on Thursday, August 22, 2019, at her home. She was a daughter of Ella Brown Castile and the late Willie H. Castile.

We encourage you to share your most beloved memories of Jennifer here, so that the family and other loved ones can always see it. You can upload cherished photographs, or share your favorite stories, and can even comment on those shared by others.

Posted Aug 31, 2019 at 02:15pm
TO, SISTER CASTILE AND FAMILY OUR HEARTFELT CONDOLENCES TO ALL IN THE PASSING OF YOU DAUGHTER JENNIFER. GOD IS OUR REFUGE AND STRENGTH ,A VERY PRESENT HELP IN TROUBLE. PSALMS 46;1 BE BLESSED! THE DAUGHTERS OF THE LATE ELMA BENJAMIN FORMALLY OF CAYCE, SC . PRESENTLY RESIDES IN COLUMBIA, ,SC .
Comment Share
Share via:
LC

Posted Aug 30, 2019 at 09:11pm
Jennifer has been in our prayers for quite some time! We will continue in prayer for all who love her. We met the loving couple as well as her mom and sister at Beverly Brown's home. In the sermon on the Mount, Jesus said, "Blessed are they that mourn for they SHALL be comforted". So look to Him for strength , peace and joy!! Rest assured Jennifer is safe in His arms!
Comment Share
Share via:
MB

Posted Aug 29, 2019 at 06:23pm
Wanda and I share sadness in the departure of an awesome lady. She gave her time and talents in helping others. Curtis, we pray God will provide you with the strength that is needed during this time of challenges and transition.
Love Michael and Wanda Braxton.
Comment Share
Share via:
HS

Flowers were purchased for the family of Jennifer Clark. Send Flowers

Posted Aug 28, 2019 at 11:16am
I enjoyed working with Jennifer during her time in government service my deepest condolences to her family and loved ones. A beautiful person inside and out!
Comment Share
Share via: 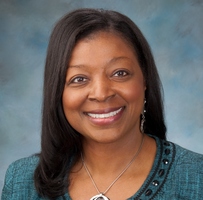