To share your memory on the wall of Michael Hill, sign in using one of the following options:

Provide comfort for the family of Michael Hill with a meaningful gesture of sympathy.

We encourage you to share your most beloved memories of Michael here, so that the family and other loved ones can always see it. You can upload cherished photographs, or share your favorite stories, and can even comment on those shared by others.

Coleman & Aleta Byars sent flowers to the family of Michael B Hill.
Show you care by sending flowers

Posted Dec 07, 2019 at 09:18pm
We will miss our dear friend and all the wonders memories we shared over the years.
This world is not our home. See you again🙏🏽
Lee and Shirley Haney
Comment Share
Share via:
CB

Posted Dec 07, 2019 at 01:40pm
May you all have the strength to continue with the life that Mike would want for us all. Coleman & Aleta Byars

Posted Dec 06, 2019 at 08:45pm
I am deeply sorry for your loss I worked with Mike at Autolite for 25 years and he was a great friend to me he was always fun to be around he always had a positive attitude and could always put a smile on your face and get a laugh from me and his coworkers he was always lending a helping hand to anyone who needed it he was truly one of the best friends that I’ve had and he will always be remembered by me as being a special man with a good heart he will be missed greatly sincerely Mike Cox or Harley is my nickname at work please remember that we will see Mike again when we all get together in heaven I know he is there doing just fine helping to prepare a spot for us to get together and hang out God Bless his family in their time of need
Comment Share
Share via:
I 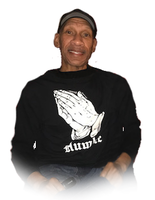