To share your memory on the wall of Von Schubert Wright, sign in using one of the following options:

Print
Mr. Von Schubert Wright, 72, of Greenville, South Carolina, passed on Wednesday, February 19, 2020, at Prisma Health–Upstate. He was a son of the late Lamonte’ and Mildred Clement Wright Brown.

He was a high school graduate and gradu... Read More
Mr. Von Schubert Wright, 72, of Greenville, South Carolina, passed on Wednesday, February 19, 2020, at Prisma Health–Upstate. He was a son of the late Lamonte’ and Mildred Clement Wright Brown.

He was a high school graduate and graduated from Greenville Technical College with an Associates Degree in Accounting and Business Management. He was employed at Toyota of Greenville for over 38 years.

He was a member of St. James Pentecostal Church Inc. where he participated as Chairman of Deacons. Other activities were, Lowndes Hill Masonic Lodge #319, Charter member of Greenville Technical College, Piedmont Consistory #169A.A.S.R.S.J.P. H-A.32Azah Temple #140 Inc, A.E.A.O,N,M,S and Post commander of #10291 and life VFW member.

We encourage you to share your most beloved memories of Von Schubert here, so that the family and other loved ones can always see it. You can upload cherished photographs, or share your favorite stories, and can even comment on those shared by others.

RICK ,JUDY & MELANNIE TURK, Penny and Dee Clement, and others have sent flowers to the family of Von Schubert Wright.
Show you care by sending flowers

Flowers were purchased for the family of Von Schubert Wright. Send Flowers

Posted Feb 23, 2020 at 03:14pm
I worked with Von at Toyota of Greenville for 15 years. So sorry to read of his passing. Steve Red Zehr
Comment Share
Share via:
RT

Posted Feb 23, 2020 at 07:34am
Schubert was a loyal and fantastic person. He was a valuable employee for over 35 years and a major contributor to the success of Toyota of Greenville . I have always considered him a dear friend and am saddened by his passing.
Comment Share
Share via:
RT

Posted Feb 23, 2020 at 06:24am
As you grieve know that we are remembering you and honoring the memory of "Von Schubert Wright".

Posted Feb 22, 2020 at 08:37pm
Shirley Byrd McClary sends her condolences to the family of Von Schubert. He will truly be missed by his classmates.
Comment Share
Share via: 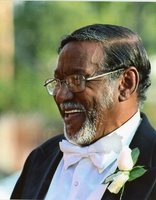