To share your memory on the wall of James Byrd, sign in using one of the following options:

We encourage you to share your most beloved memories of James here, so that the family and other loved ones can always see it. You can upload cherished photographs, or share your favorite stories, and can even comment on those shared by others.

Gab and Bridge, Jordan Harris, and others have sent flowers to the family of James E. Byrd.
Show you care by sending flowers

Posted Feb 29, 2020 at 09:15am
May the Lord surround the Byrd family and friends with an abundance of love, comfort and peace today and all the days ahead. Heal their hearts Oh Lord and give them beautiful memories of James during this difficult journey. RIP James
Comment Share
Share via:

Posted Feb 29, 2020 at 08:12am
My deepest condolences to the Byrd family. May God continue to keep you in His care and bless you with His strength and understanding.
Comment Share
Share via:

Posted Feb 29, 2020 at 07:07am
Dionne,
Since hearing this sad news, we have been praying for you and your family. You will continue to be in our thoughts.
May the peace of God that surpasses all understanding be with you. (Phil. 4:7)
Love,
Dexter & LaShea Davis
Comment Share
Share via:

Posted Feb 28, 2020 at 06:28pm
To the DeAndre and The Byrd Family, We love you DeAndre and are so sorry for your loss. Your such a special person and loved by all. Stay strong

Gab and Bridge purchased flowers for the family of James Byrd. Send Flowers 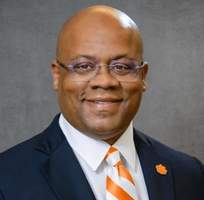