To share your memory on the wall of Cynthia Lee Ruffin, sign in using one of the following options:

Mrs. Cynthia Lee Ruffin became our angel on March, 15, 2020. Born on June 13, 1958, in Detroit, Michigan, she was the second of twin girls born to the union of Leonard and Ethel Wiggins.

Mrs. Cynthia Lee Ruffin became our angel on March, 15, 2020. Born on June 13, 1958, in Detroit, Michigan, she was the second of twin girls born to the union of Leonard and Ethel Wiggins.

Cynthia accepted Christ at an early age and was baptized at St. John’s Lutheran Church in Detroit.

She spent her formative years in Detroit attending St. John's Lutheran Elementary School, Murphy Junior High School and Henry Ford High School. She was a cheerleader and played the flute in the Henry Ford school band. At a very young age, she expressed interest in becoming a nurse to help sick children and in June 1983, she earned a Bachelor of Science degree in nursing from the University of Michigan, Ann Arbor.

Her professional life spanned years in the nursing profession, working in hospitals on the West Coast as well as in the Detroit area, where she cared for her patients in Labor and Delivery units and Neonatal ICUs. Later, she worked for the Detroit Board of Education as a nurse for Gompers Elementary School, where she was affectionately known as “Nursie” by the students and faculty. Cynthia had a stellar professional career in which she always valued her patients and peers. She was a giving person with a deep commitment to their healing and care. She was an avid University of Michigan Wolverine, witty and humorous, and was a role model for her nieces and nephews in all of their educational and vocational pursuits.

Cynthia was the ultimate daughter to her parents and wonderful sister to her siblings. She was a loving person and was loved by many. She had a glowing spirit blessed with the ability to bring out the best in all. She enjoyed spending time with her family and friends where you would often hear her infectious laugh.

On November 28, 2009, she married Edward Ruffin in Detroit, Michigan. They later moved to Greenville, South Carolina, where Edward is a licensed Funeral Director at Watkins, Garrett and Woods Mortuary, Inc. Cynthia pursued her nursing profession working for the South Carolina Public Health Department.

We encourage you to share your most beloved memories of Cynthia Lee here, so that the family and other loved ones can always see it. You can upload cherished photographs, or share your favorite stories, and can even comment on those shared by others.

Posted Mar 24, 2020 at 09:55am
Cynthia was a joy to work with. She was full of compassion, love and always had a smile on her face. She was also my child s case manager and was such a help to us.
We will miss her!
Comment Share
Share via:
PS

Posted Mar 22, 2020 at 12:44pm
We are sorry to hear of your passing. I will miss seeing your smiling face. We wish for your eternal rest in God's presence.
Love, Preston and Peggy Smith
Comment Share
Share via:
C

I worked with Cynthia at SC DHEC and we soon became friends. We were both from Detroit so we reminisced about our childhoods in Detroit. We also liked to rate restaurants as to who made the best collards, a favorite vegetable for both of us. We enjoyed other outings as well which were filled with joking and laughter.
I had the honor to be with Cynthia for some of her chemo treatments and would visit her at home . She faced her diagnosis with grace, strength, and an optimism that she would get better. Her kind, gentle spirit, her wit and laughter will always be remembered.
I thank God that our paths crossed. To know her was a blessing!
Now our precious Cynthia is with our blessed Savior Jesus Christ.
She has no more suffering, no more pain. May she be at peace and enjoying heaven to the max!

May her memory be eternal!

Posted Mar 22, 2020 at 12:06am
My heart is broken. Mrs. Ruffin took very good care of our son at AJ Whittenberg Elementary. Our family is very sad to hear the news of her passing .
Comment Share
Share via:
TR

Posted Mar 20, 2020 at 06:19pm
I am so sorry to hear about the passing of such a dear friend. I met Cynthia when I started with DHEC. She was always so helpful and went above and beyond to help her peers. She was always so witty and cheerful. I loved spending time talking with her. She always gave the best advise. She had the sweetest & kindest soul. My heart aches, but I know she is flying high with the angels. Our thoughts and prayers are with her family & friends.
Comment Share
Share via: 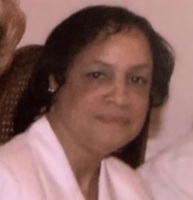